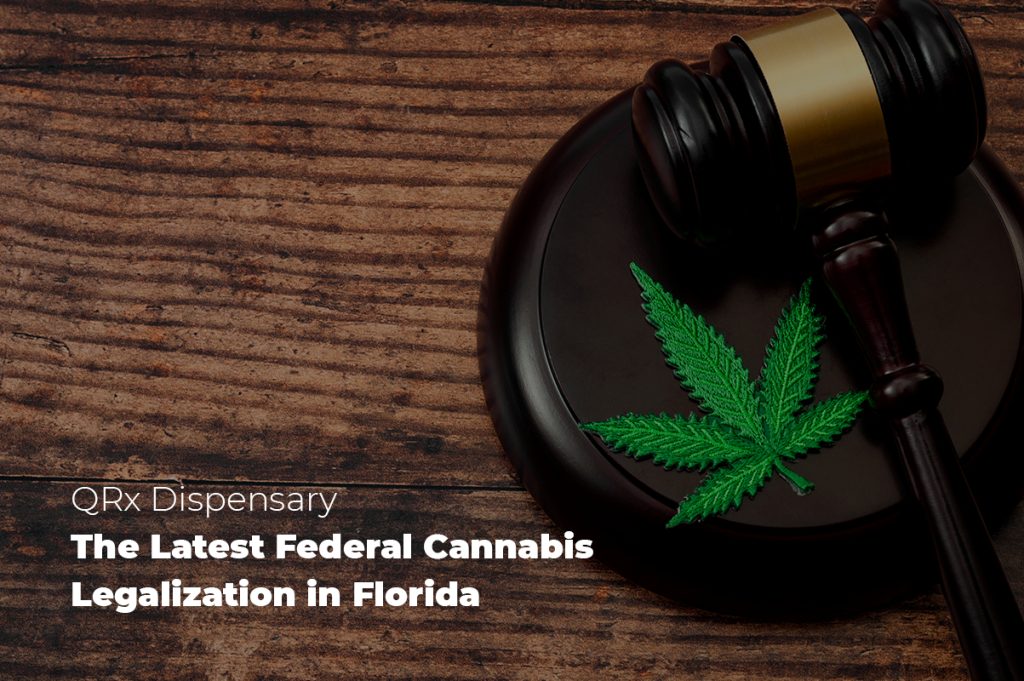 Cannabis use in Florida is still illegal. Recent changes to medicinal marijuana laws have allowed patients access to the drug. Although possession would no longer land you in jail, you will still get fined if caught with small amounts. Thus, it’s important to learn about the latest federal cannabis legalization in Florida.

Growing cannabis is against the law in Florida, even for people who need it for medical reasons. If caught cultivating weed in your house, you will be charged with possession, and your punishment will depend on how many plants you have. Patients in Florida are the only ones who can travel with cannabis.

Is Cannabis Legal in Florida?

Is cannabis legal in Florida? For now, patients who want federal legalization of cannabis must have a medical card. Medicinal pot is not legal. Under Florida law, it is very dangerous to have or sell weed without a license.

State law punishes taking money for the sale of up to 25 pounds with up to five years in prison and a $5,000 fine. In Florida, you could lose your license if you have or sell weed for reasons other than medical.

Activists in Florida tried to get recreational cannabis on the ballot for the whole state in the year 2020 and 2022. In the last campaign, Make it Legal Florida failed because it had to follow strict rules about gathering signatures. Then, in 2021, the Florida Supreme Court ruled against a ballot initiative Regulate Florida had put together for 2022. The court said it was ridiculous to say that the initiative misled voters into thinking it made cannabis legal at the federal level.

Is Recreational Cannabis Legal in Florida?

Make It Legal Florida is trying to get a constitutional amendment to make federal cannabis legalization for recreational use on the 2022 ballot. After not getting enough signatures for the measure to be on the ballot in 2020, the committee has already gained enough signatures for it to be possible in 2022.

Not merely signatures, though. The Florida Supreme Court decides whether a proposed constitutional change can be on the ballot. The court must approve the wording and summary. The proposed amendment would allow adults 21 and older to possess, use, buy, exhibit, and transport up to 2.5 ounces of weed plus accessories for personal use.

How to get a Florida MMJ card

Despite recent legislation, getting a medicinal cannabis license in Florida might be difficult. Permanent or seasonal Floridians need a doctor’s diagnosis to use medical cannabis.

After diagnosis, the doctor adds the patient to the Florida Medical Marijuana Use Registry. OMMU sends a temporary login/password. The applicant must submit a 2×2 inch passport-type, full-face, color photo.

If the patient is a minor, they must choose a caretaker to buy weed. The caregiver must also fill out an application and pay an additional $75 fee. They do not take medicinal cannabis cards from other states.

Steps on How to Get an MMJ Card

Cannabis users can only ingest low-THC, non-smokable weed in public. Florida also bans smoking CBD flowers in public. It is a first-degree misdemeanor, which means you could go to jail for up to a year or pay a $1,000 fine.

Less than 20 grams is usually a misdemeanor punishable by a fine and less than a year in jail. Having more than 20 grams is a felony that can lead to probation, jail time, and fines. Large amounts of weed are considered Trafficking and carry mandatory prison sentences and fines.

The Expectation of Federal Cannabis Legalization in Florida

Despite a medical cannabis program, legal developments have been gradual, and Florida’s federal cannabis legalization initiatives don’t look promising. Recent moves to enhance punishments are troubling, but the desire to prevent future ballot measures to legalize weed is most problematic.

However, federal cannabis legalization is becoming more common each year. Florida recreational weed laws would likely have to be fought for, or the state would be dragged into the 21st century. Continuing decriminalization could force the state’s hand.

Federal cannabis legalization is still against the law in Florida, but it can be used to treat medical conditions. The state’s health department says that more than 700,000 people have cards that let them buy them.

Currently, possessing cannabis for recreational use can land you in jail. Some legislators want Florida to go further. Things will ultimately improve. Visit QRX Dispensary to find out more about medical cannabis.

PrevPreviousThe Most Controversial Question: Is Weed Legal in Thailand?
Next5 Effective Cannabis Business Trends to Expect This 2023Next

We require users to be 21 years old or above.
Please confirm your age.

Are you sure you want to delete this product?